April 17, 2016 By Daniel Little in Uncategorized Leave a comment 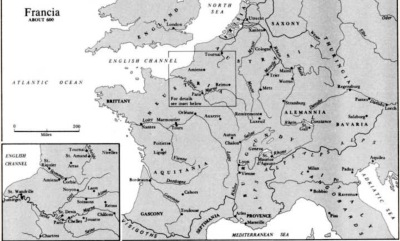 In the grand historical march postulated by historical materialism, ancient slavery and medieval feudalism preceded capitalism as distinct systems of domination and exploitation (e.g. Perry Anderson’s Passages from Antiquity to Feudalism). In each social order small elites captured great wealth from the mass of producers, whether enslaved farmers and artisans in the ancient (Roman) world or bonded serfs in the feudal world. And whether we go for “internal contradictions within the forces and relations of production” or other more contingent causes of change, the evolution of European social and economic systems from the Roman Republic through the millennium of Western European feudalism to the “breakthrough” of industrialism in Britain is one of the truly important macro-histories available for study. (China’s economic history from its earliest dynasties to the last moments of the Qing is another, and India’s longue durée economic history is equally important.)

But how should this story be understood — as the necessary unfolding of some set of systemic and historical imperatives, or as a process substantially more contingent and piecemeal than that?

Patrick Geary’s Before France and Germany: The Creation and Transformation of the Merovingian World is a fascinating study of the centuries-long transition from Romanized barbarian Europe to barbarian Roman society. The book is couched as late Roman history, and in fact the words “feudal” and “feudalism” never appear in the book. But what Geary is describing is precisely this: the emergence of a feudal society and economy out of the late Roman Empire in the West.

A big question is, what social forces and circumstances drove the evolution and transition from one social assemblage to another? The reader will note that I’ve refrained from using the terms “social system,” “social order,” or “mode of production” in this question because each of these implies a degree of systematicity which begs the question. And in fact much of the evidence offered in Geary’s book gives support to the idea that these transitions were not driven by systemic tendencies, but rather the accretion of a number of different forces, playing out differently in different locales. Technical and artisanal practices (pottery, glass, metal-working), economic demand for agricultural products, concentration of land property, military competition, the rigors of European terrain, and many other factors play into the narrative that Geary provides.

During the second through fourth centuries there was a process of gradual “de-Romanization” of the outer reaches of the Roman Empire, as Roman political institutions and cultural norms lost impact on local society. Geary describes this as a process of “barbarization of the West” — a resurgence of underlying Celtic and Germanic political and cultural forms that had never disappeared through the long centuries of Roman rule.

From the third through fifth centuries these indigenous traditions increasingly reasserted themselves as the Italian monopoly on politics and culture began to decline. (kl 205)

Barbarization was but part of the rapid changes in Roman society, culture, and government that took place during the third and fourth centuries. Partially spurred by such internal problems as plague, a falling birthrate, constitutional instability, and the failure of the Roman world to develop from a labor-intensive system based largely on slavery to a more efficient mercantile or protoindustrial system, and partially by the increased creased external pressures on its overextended frontiers, the Empire had to seek a new equilibrium. (kl 205)

The thirty-thousand-foot impression that Geary gives is one of the simultaneous development of “barbarian” societies, military alliances, and forms of rulership across much of the Western empire even as Roman rule and military strength continued. Vast land grants assigned by the Romans to local elites, clergy, and military leaders ensured great separation between elites and common farmers. A social world consisting of a combination of interpenetrated Roman and barbarian social arrangements persisted for centuries.

A key location from the point of view of later developments was the fifth- and sixth-century Clovis kingdom in what is modern Belgium (kl 1126). This configuration became the genesis of the Merovingian period of European history.

The population of Clovis’s kingdom was complex and heterogeneous in its social, cultural, and economic traditions. Not only were the Franks and Gallo-Romans different from each other culturally, but neither of these populations was itself homogeneous…. This society was deeply rooted in the nature of its economic system, which was characterized by the monopoly of landowning in the hands of a small, extraordinarily wealthy elite, with the vast majority of the population, slave and free alike, destitute and often in desperate straits. (kl 1188)

Key institutional arrangements that defined feudalism centuries later can be identified in Geary’s account of the late Roman period. A Roman origin of serfdom derives from the taxation system and the powerlessness of peasants:

In the course of the third century, the status of free tenant farmers, or coloni, grew increasingly indistinguishable from that of serru, or serf-slaves…. Such an arrangement benefited landlords, who were thereby assured labor supplies, and the Empire, which could use landlords to enforce tax collection…. Another way for oppressed freemen to obtain tax relief was to place themselves under the protection (patrociniuni) of wealthy, powerful senators or other notables who, through their military power or wealth, could exert more leverage in dealing with local curials and even imperial tax agents. (kl 482, 495)

And the key feudal institution, the manor, seems to have emerged from a much earlier Roman form of land control in Gaul, the villa:

The normal form of agricultural exploitation established by Romans in Gaul, as elsewhere in the Empire, was the villa, that is, the isolated estate of varying size (80 to 180 square meters for small ones to over 300 square meters for large ones). Within the walls of the villa were found the house of the owner and the habitations of his slaves, who provided the labor on the estate. (kl 1333)

Here is Geary’s summing up of this early stage of the formation of European feudalism:

Merovingian civilization lived and died within the framework of late antiquity. Its characteristic political structure remained the kingdom of the imperial German military commander who, by absorbing the mechanism of provincial Roman administration, was able to establish his royal family as the legitimate rulers of the western provinces north of the Pyrenees and the Alps. His rule consisted primarily of rendering justice, that is, of enforcing Roman law and Romanized barbarian law where possible or appropriate within the tradition of his people, and of commanding ing the Frankish army. The economic basis for his power was on the one hand the vast Roman fist and on the other the continuing mechanism of Roman taxation. (kl 2739)

The feature that serves most directly to define “infeudation” emerges out of this narrative as well: the parcelization of military power and reach across commanders whose behavior could not be controlled by the central authority.

These observations make clear the central thrust of the book: there was substantial continuity between the institutions and economy of the late Roman Empire in the West and the political and economic institutions of European feudalism which followed it for a thousand years. This continuity is unwelcome to the “modes of production” train of thought, which postulates a sharp break between classical and feudal systems. But Geary points out that perhaps it is unwelcome as well to modern ideas about European identity:

An essential characteristic of Francia was the fluidity of the political and cultural identities of its inhabitants. To many modern French, who identify with the Roman cultural tradition as opposed to Germanic conquest and occupation, the Gallo-Roman Roman aristocracy of the Merovingian period were a disappointing lot. Gallo-Romans were ready to defend their Roman cultural tradition even while opposing any attempt by Roman imperial government to interfere with their local control. (kl 2750)

(It is possibly far-fetched to raise the issue of Roman-centrism against Geary with his use of the terms “barbarian” and “barbarization”, but the terms do appear to be value-loaded in a way that post-colonial scholars have criticized in other contexts of cross-cultural description. Geary confronts this issue when he describes the pernicious and lingering effects of classical ethnography concerning the German barbarians (kl 539).)