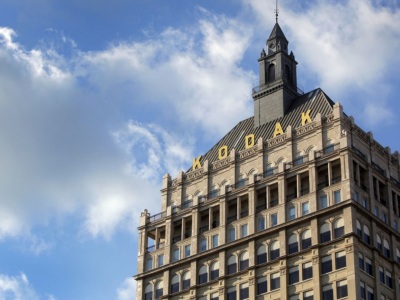 Why is it so difficult for leaders in various industries and sectors to seriously address the existential threats that sometimes arise? Planning for marginal changes in the business environment is fairly simple; problems can be solved, costs can be cut, and the firm can stay in the black. But how about more radical but distant threats? What about the grocery sector when confronted by Amazon’s radical steps in food selling? What about Polaroid or Kodak when confronted by the rise of digital photography in the 1990s? What about the US steel industry in the 1960s when confronted with rising Asian competition and declining manufacturing facilities?

From the outside these companies and sectors seem like dodos incapable of confronting the threats that imperil them. They seem to be ignoring oncoming train wrecks simply because these catastrophes are still in the distant future. And yet the leaders in these companies were generally speaking talented, motivated men and women. So what are the organizational or cognitive barriers that arise to make it difficult for leaders to successfully confront the biggest threats they face?

Part of the answer seems to be the fact that distant hazards seem smaller than the more immediate and near-term challenges that an organization must face; so there is a systematic bias towards myopic decision-making. This sounds like a Kahneman-Tversky kind of cognitive shortcoming.

A second possible explanation is that it is easy enough to persuade oneself that distant threats will either resolve themselves organically or that the organization will discover novel solutions in the future. This seems to be part of the reason that climate-change foot-draggers take the position they do: that “things will sort out”, “new technologies will help solve the problems in the future.” This sounds like a classic example of weakness of the will — an unwillingness to rationally confront hard truths about the future that ought to influence choices today but often don’t.

Then there is the timeframe of accountability that is in place in government, business, and non-profit organizations alike. Leaders are rewarded and punished for short-term successes and failures, not prudent longterm planning and preparation. This is clearly true for term-limited elected officials, but it is equally true for executives whose stakeholders evaluate performance based on quarterly profits rather than longterm objectives and threats.

We judge harshly those leaders who allow their firms or organizations to perish because of a chronic failure to plan for substantial change in the environments in which they will need to operate in the future. Nero is not remembered kindly for his dedication to his fiddle. And yet at any given time, many industries are in precisely that situation. What kind of discipline and commitment can protect organizations against this risk?

This is an interesting question in the abstract. But it is also a challenging question for people who care about the longterm viability of colleges and universities. Are there forces at work today that will bring about existential crisis for universities in twenty years (enrollments, tuition pressure, technology change)? Are there technological or organizational choices that should be made today that would help to avert those crises in the future? And are university leaders taking the right steps to prepare their institutions for the futures they will face in several decades?